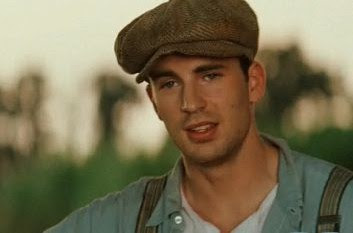 Here are some fragments of an interview with The Loss Of A Teardrop Diamond director Jodie Markell and leading actress Bryce Dallas Howard talking about Chris Evans.
"Bryce Dallas Howard was my first choice," Markell admits. "She studied theater; she's paid her dues. She was in plays Off-Broadway." Chris Evans has a similar history. "His parents had an amateur theater outside of Boston and so I think he really wanted to get back to his roots."
Chris Evans' character is pretty dashing, but as far from a superhero as you can get. Jimmy's family was wealthy at a time, but eventually crumbled leaving his father with a drinking problem, his mother in a mental institution and him working at the store on Fisher's father's plantation. Fisher gets what Fisher wants, so when she insists Jimmy accompany her to a series of parties, he cannot refuse. "It's hard to find a contemporary actor who can smolder and who can be enigmatic which was my requirement for this role and a lot of Tennessee Williams' men," Markell explained. "They need to often be blank slates to be projected upon by these wild creative women and it was hard to find that right person who could do that and I think he really does it."
Speaking of Williams' men, Howard likens Evans to the star of Cat on a Hot Tin Roof. "I remember one day on set I looked to the monitor and (the camera) was on him and I was like, 'Oh my gosh. He looks like Paul Newman.' He has this presence that harkens back to these old-fashioned leading men and his masculinity and just his earthiness. It really does remind me of Paul Newman actually in many ways."
Posted by Deronda at 7:44 PM No comments:

Labels: The Loss Of A Teardrop Diamond

New website for The Loss Of A Teardrop Diamond

A new site has been launched for the promotion of The Loss Of A Teardrop Diamond. It contains trailers, photo's, cast info and more. Check it out at http://www.teardropdiamond.com/ 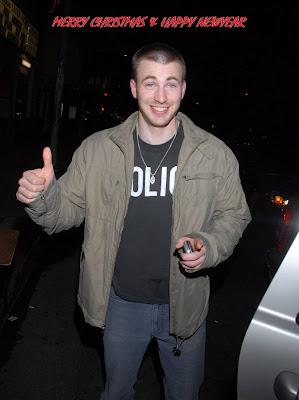 Hi Folks, I wish everybody a merry christmas and a happy newyear!! To all Chris fans: thank you for visiting my blog. I hope you enjoy it and come back soon. I hope we'll all have a fantastic new year. To Chris: keep up the good work in the new year. Looking forward to seeing The Losers and Scott Pilgrim. Hope you'll have a great time this Christmas!
Greetings
from
Deronda
Posted by Deronda at 6:22 PM No comments: 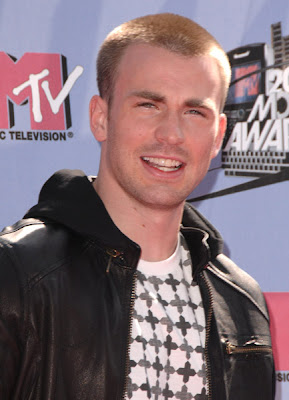 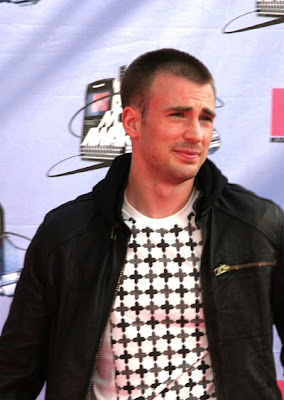 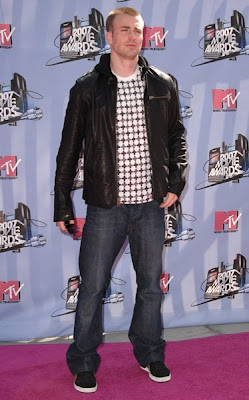 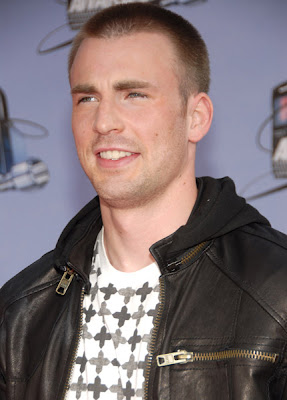 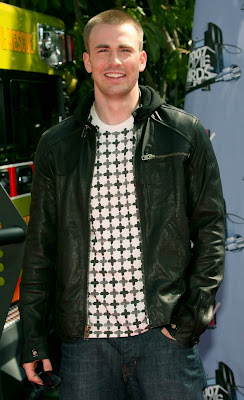 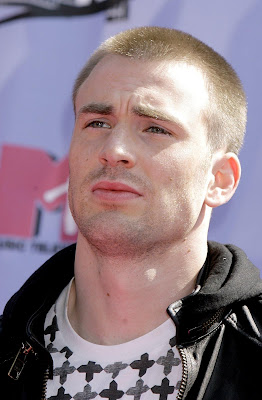 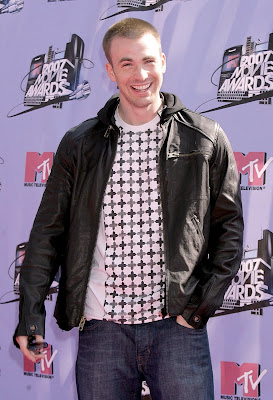 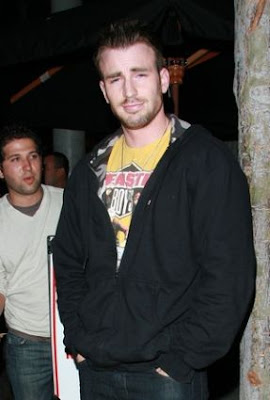 By Inside Track (bostonherald.com)
Tuesday, December 8, 2009

Sudbury homey Chris Evans had a helluva time filming his new flick “Scott Pilgrim vs. the World,” thanks to his laugh-a-minute co-stars Jason Schwartzman and Michael Cera .
“You realize how not funny you are,” Evans told the Track. “I’m not gonna try and keep up with those guys. They are hilarious. You think they’re funny in movies, but wait ’til you get on set with them.”
Evans, who also starred in “Push” and “Fantastic Four,” said his co-stars, best known for “Bored To Death” and “Juno” respectively, really let it rip when they were in the gym working out.
“It’s a physical movie, so there’s a lot of action sequences,” he said. “Every day we had to do some physical training like lift weights and run around. Now, you got Michael and Jason in the gym and they’re like the bad kids in class. They won’t stop messing with each other or cracking jokes. They had to be separated.”
Posted by Deronda at 5:31 PM No comments:

Labels: Chris in the news, Scott Pilgrim vs. The World 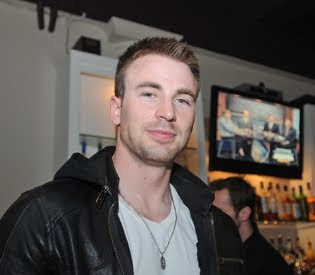 by Inside Track BostonHerald.com
Chris Evans , who has been on the stump for his uncle, senatorial wannabe Mike Capuano, hosted a debate viewing party at Stella last night.
“I travel where I can and I try to show my support when it’s a younger crowd,” the Sudbury homey told the Track. “It’s more about me wanting to see this.
“I’m just so proud of him,” said Chris, whose mom is the congressman’s sister. “It’s such an amazing process. The last time that I really remember him running was when he was running for mayor of Somerville and I was at the headquarters all day.”
Chris said Uncle Mike has got what it takes to fill the seat vacated by the death of Sen. Ted Kennedy.
“It takes courage and a strong voice, and if there’s anything my uncle has it’s those two things,” he boasted. “At the end of the day his moral compass is so uncompromising.”
Posted by Deronda at 8:13 PM 2 comments:

Flashback - The photoshoot by Alex Hoerner 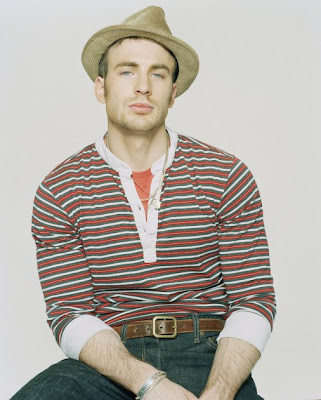 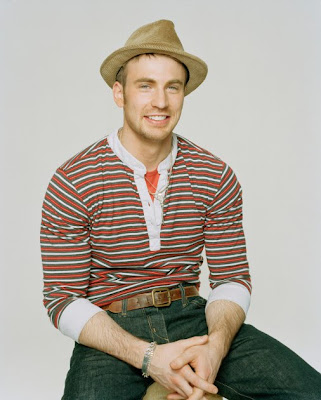 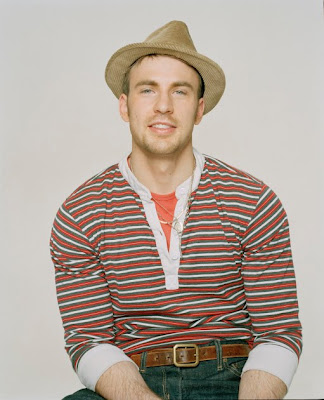 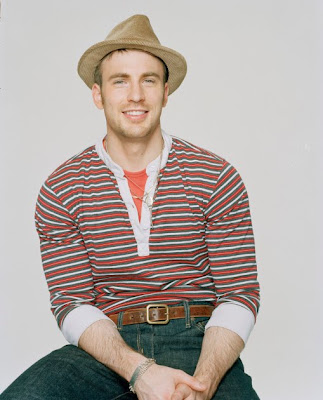 Posted by Deronda at 5:38 PM No comments:

Welcome to The Chris Evans Blog, a blog dedicated to American actor Chris Evans. Here you can read the latest news and see the latest photos and videos of Chris Evans! 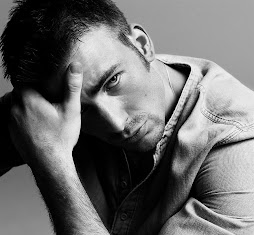 This blog is spreading the gospel of Chris 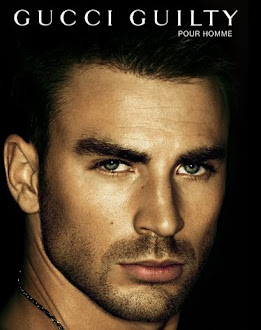 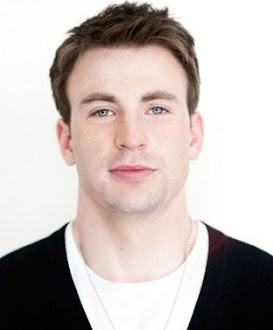 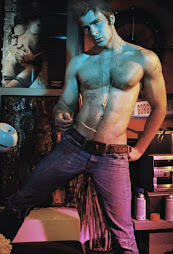 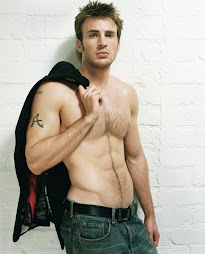 “I was just scared. I realized my whole decision making process was fear based, and you never want to make a decision out of fear. I can’t believe I was almost too chicken to play Captain America.” 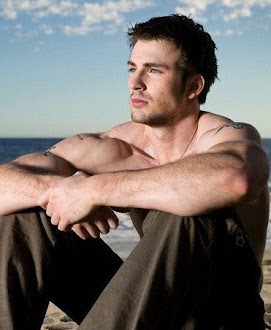 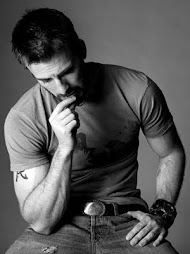 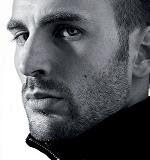 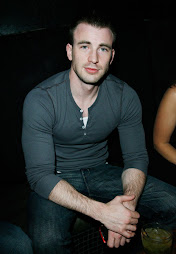 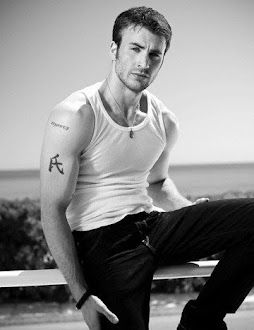 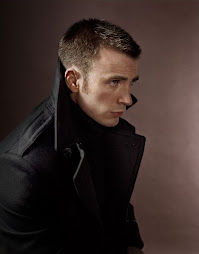 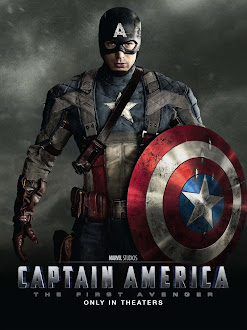 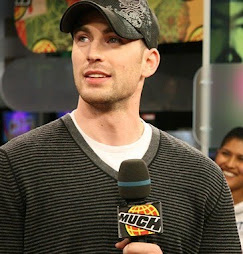 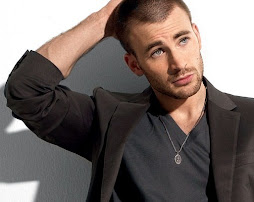 We claim no credit for any images featured on this blog unless otherwise noted. All visual content is copyright to it's respectful owners. If you own rights to any of the images, and do not wish them to appear on this blog, please contact us via e-mail and they will be promptly removed. We are not responsible for content on any external website, and a link to such site does not signify endorsement. Information on this blog may contain errors or inaccuracies; the site's proprietors do not make warranty as to the correctness or reliability of the blog's content.
email: thechrisevansblog@live.nl